Robert Tudisco: I was diagnosed with ADHD after a number of problems that I had in my life. Coming out of law school, I got what I think was probably the perfect job for someone with ADHD. I was a prosecutor in the South Bronx and it was tailor made for someone with ADHD. Everything was an emergency, the motto in the office was “baptism by fire,” and it was just an exciting place to be. When I left the DA’s office and I started a private practice, that’s when I really had some problems. I had to keep track of my time, I had to bill my clients, I had to run an office. It was all of those administrative tasks that were really a problem.

At the same time, I thought I was setting a bad example for my son and I was having some difficulty in my marriage. And so, I sought some help, I found out about ADHD, and I was diagnosed pretty quickly, and that was about 14 years ago and it started this whole journey. My ADHD diagnosis was a major turning point in my life. It really helped me understand a lot about how I grew up and the struggles that I had as a child. I always knew, when I was a child, that there was a lot more going on behind my eyes than I was getting credit for and that was enormously frustrating for me. There’s an enormous amount of comfort in knowing that you’re not alone and being involved in the disability community and meeting other people with ADHD, I really found a lot of comfort there, that I was in this with other people that were challenged by the same things that I was. And so I kind of look at the work that I do now as like a second chance to help children and adults cope with their ADHD and really maximize their potential. There have been so many benefits since I’ve been diagnosed with ADHD. I think I’m a better father. I’m certainly a better husband. My relationship with my wife is much more relaxed because we understand each other a lot better. We also understand that ADHD is not an excuse for what happened, and we understand where the behaviors come from so we can kind of work around them in the future.

I really think that a lot of adults would benefit from a diagnosis and it’s just one of the barriers, I think, to a lot of adults getting diagnosed is that there aren’t more clinicians that are diagnosing adults with ADHD. I think it’s important to manage ADHD as an adult or a child in a multimodal way. I take medication for my ADHD. I actually take two types of medication but that’s just a part of a multimodal approach. I run religiously to manage my ADHD. I employ a lot coping mechanisms that I’ve developed over the years that work for me. They may not work for somebody else but that was a process that I went through.

I think the important thing to stress about medication is that it’s not a cure for ADHD. When it works, it can be a very effective tool that helps people make positive changes in their life. I also think it’s important to give myself permission to fail and kind of let myself off the hook. It’s very important for adults to have a sense of humor about their ADHD. And when something doesn’t work, try to look at why it didn’t work and that may help you come up with a better way to solve that problem. And so don’t piece it as a failure-failure, it’s a learning experience. 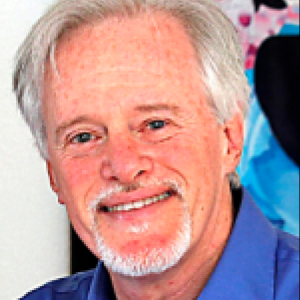 Mr. Marx is Senior Vice President of InQuill Medical Communications and is a specialist in multiple media, adult learning, social media, and healthcare and medical marketing. He has a 35 year senior executive career in major media companies such as Viacom, Pacific Bell, TiVo, and ISP Channel. Mr. Marx is Project Manager for ADHD in Adults.com and is a member of the Advisory Board.
Additional Blogs
PrevPreviousADHD Success Story #3 – Parallel Interviews
NextADHD Success Story #5 – JamesNext
Menu